A company from Lithuania in ZAGORE Industrial zone

A company from Lithuania in ZAGORE Industrial zone
19 September 2022 156
Споделете:

Within one year, another investor bought land from the Zagore Industrial Zone. An extremely successful investment year, the result of many efforts both on the part of the team of the mayor of Stara Zagora, Zhivko Todorov, the investment department of the Municipality of Stara Zagora, and on the team of the Zagore Industrial Zone. Stara Zagora has shown a good investment climate, conditions for business development and an environment stimulating sustainable growth in recent years.
An investor from Lithuania chose the Zagore Industrial Zone in order to develop a start-up production of specialized technology in the service of the food industry. The technology actually facilitates the process of processing a huge assortment of food products, preserving their qualities and useful properties. Each product is associated with a QR code that contains information about its characteristics and allows its processing in a fast and gentle way. The technology is with an eye on the modern, fast-paced everyday life, with attention to the increasingly popular health and eating habits and daily life. The foreign company's investment intention is related to expanding its activities and diversifying production with new products, as well as conquering new markets. Another important and useful fact is that the company intends to purchase products from local and regional producers. In the initial stage, the production will be for export only.
Choose Stara Zagora
"Stelas BG" Ltd. currently does not have a representative office in Europe. The investor has made his own studies and inspections of sites in various cities in the country. After several visits to the city, he stopped at Stara Zagora and Industrial Zone "Zagore". The availability of communications, the proximity to road connections and the well-organized industrial environment are among the advantages of the area, which directed the investor to the city of linden trees.
The municipal councilors of Stara Zagora, as well as the shareholder "National Company of Industrial Zones" EAD, gave their consent and after a competition, the actual sale of the land was carried out.
"Several high-tech industries have already chosen Stara Zagora and the Industrial Zone "Zagore". All this is a serious request for the future positioning of the city as a place for modern development and scientific and development activities in various fields", say the management of the Zone.
The successful first stage
To date, the areas in the Zagore Industrial Zone are 90% completed. The infrastructure is fully built, several changes were made at the request of specific investors. Industrial zone "Zagore" is a joint project of Stara Zagora municipality with a 50% share and "National Company of Industrial Zones" EAD with a 50% share. On the territory of the zone, 8 companies are implementing their investment projects. Two of them are at the final stage of their construction, and the rest are in the design stage.
The industrial zone covers 115 decares and is primarily aimed at the development of small and medium-sized enterprises, as the plots are between 5 and 15 decares in size. The requested investments exceed BGN 40 million, and about 300 jobs have been created or are about to be created.
With the acquisition of new land, the Second Stage of the "Zagore" Industrial Zone begins, where large land is expected to be realized. 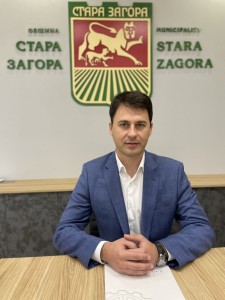 Investment for over 100 million in Zagore Industrial Zone. 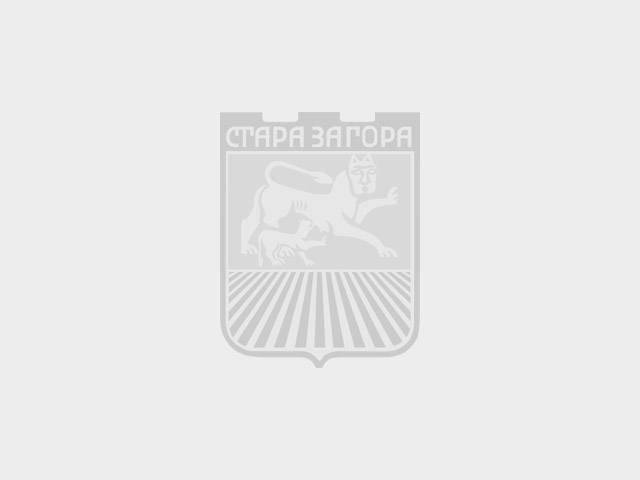 A company from Lithuania in ZAGORE Industrial zone 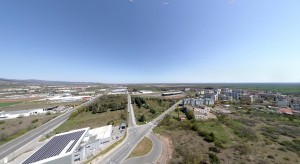 PROTOCOL for consideration of bids received in a publicly announced competition 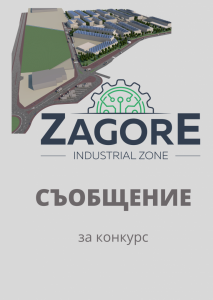